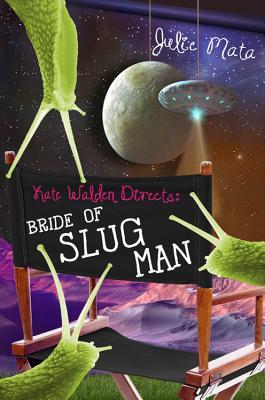 After her huge success withher first feature-length movie, seventh-grader Kate Walden is eager to start onher next film, a sci-fi romance called Brideof Slug Man. When a new kid comes to town from New York City, Kate thinksshe might have a new found film buddy-someone to share her interest with. And it doesn’t hurt that he’s pretty cute. But it turns out that Tristan is making hisown movie, and now the classmates Kate thought were eager to join her cast andcrew are divided.

With rumors spreading inschool and between sets, Kate finds herself juggling more than just call timesand rewrites. And judging from the whispers Kate hears about Tristan Kingsley,she suspects that he isn’t interested in having a fellow film-buff friend; hejust wants to prove himself as the best filmmaker in school by winning the BigPicture Film Festival. Kate vows to enter too, and tries to focus on justmaking the best movie she can.

But between the cutthroatpopularity contest, a bully situation that goes from bad to worse, and severalon-set mishaps, Kate is going to need all the movie magic she can get to makesure Bride of Slug Man hits the bigscreen.