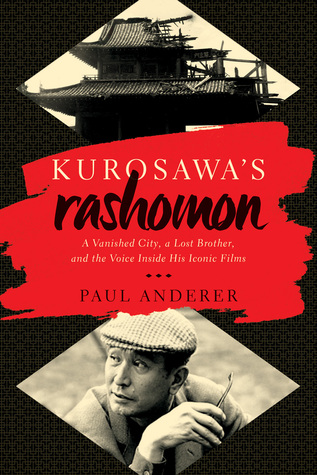 A Vanished City, a Lost Brother, and the Voice Inside His Iconic Films

Although he is a filmmaker of international renown, Kurosawa and the story of his formative years remain as enigmatic as his own Rashomon. Paul Anderer looks back at Kurosawa before he became famous, taking us into the turbulent world that made him. We encounter Tokyo, Kurosawa’s birthplace, which would be destroyed twice before his eyes; explore early twentieth-century Japan amid sweeping cross-cultural changes; and confront profound family tragedy alongside the horror of war. From these multiple angles we see how Kurosawa’s life and work speak to the epic narrative of modern Japan’s rise and fall.

With fresh insights and vivid prose, Anderer engages the Great Earthquake of 1923, the dynamic energy that surged through Tokyo in its wake, and its impact on Kurosawa as a youth. When the city is destroyed again, in the fire-bombings of 1945, Anderer reveals how Kurosawa grappled with the trauma of war and its aftermath, and forged his artistic vision. Finally, he resurrects the specter and the voice of a gifted and troubled older brother—himself a star in the silent film industry—who took Kurosawa to see his first films, and who led a rebellious life until his desperate end.