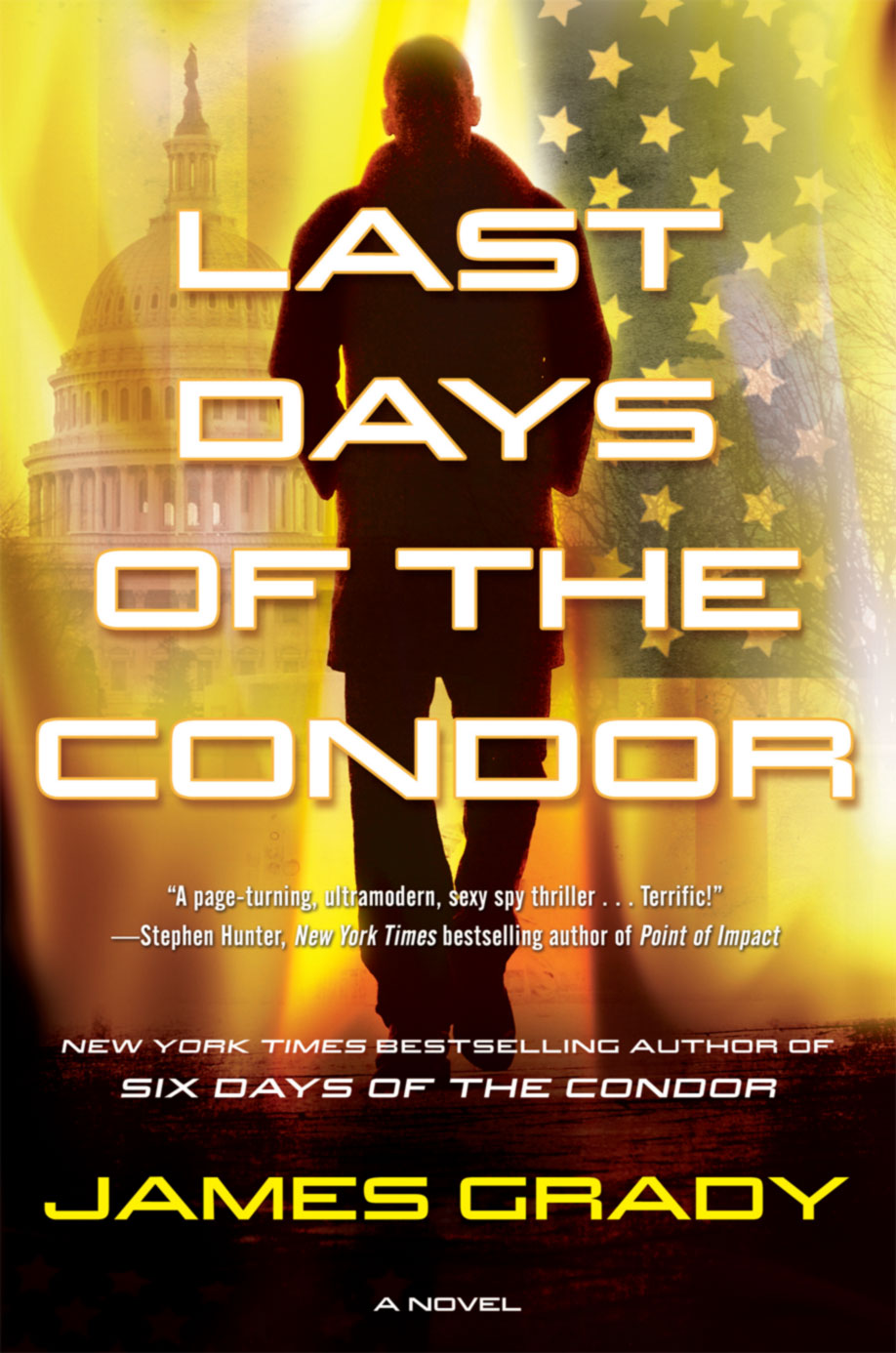 Last Days of the Condor

Look in the mirror: You’re nobody anybody knows. You know pursuing the truth will get you killed. But you refuse to just fade away.

So you’re designated an enemy of the largest secret national security apparatus in America’s history. Good guys or bad guys, it doesn’t matter: All assassins’ guns are aimed at you. And you run for your life branded with the code name you made iconic: Condor.

Everyone you care about is pulled into the gunsights. The CIA star young enough to be your daughter—she might shoot you or save you. The savvy political aide who lets love trump the law. The lonely woman your romantic dreams make a fugitive. The Middle Eastern child warrior you mentored into a master spy.

Last Days of the Condor is the bullet-paced, ticking clock saga of America on the edge of our most startling spy world revolution since 9/11. Set in the savage streets and Kafkaesque corridors of Washington, DC, shot through with sex and suspense, with secret agent tradecraft and full-speed action, with hunters and the hunted, Last Days of the Condor is a breakneck saga of America’s secrets from muckraking investigative reporter and author James Grady.

Prev: Last Day On Earth
Next: Last Night at the Circle Cinema