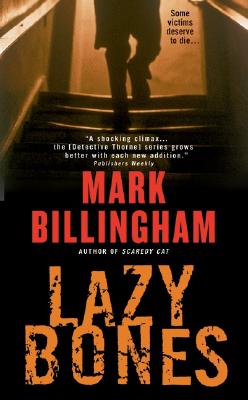 The first corpse was found hooded, bound, and naked, kneeling on a bare mattress in a seedy hotel room. This was no ordinary murder but rather the work of a killer driven by something special, something spectacular. The fact that the dead man was a convicted rapist recently released from prison only increases the bizarre nature of the gruesome crime ... and the police’s reluctance to apprehend the perpetrator. It’s the body count that troubles Detective Inspector Tom Thorne, as brutal slaying follows brutal slaying, each victim more deserving than the last. Though he has no sympathy for the dead, Thorne knows he must put an end to a cruelly calculating vigilante’s bloody justice before time runs out—and a horrifically efficient serial killer targets a life worth fighting for.