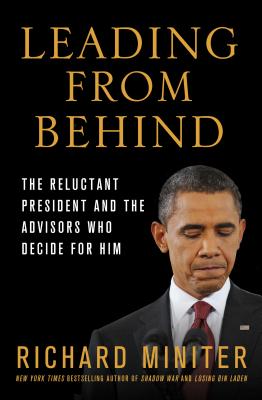 In the New York Times bestselling Leading from Behind, investigative journalist Richard Miniter presents the first book to explore President Obama’s abilities as a leader, by unearthing new details of his biggest successes and failures. Based on exclusive interviews and never-before-published material, Leading from Behind investigates the secret world of the West Wing and the combative personalities that shape historic events.

Contrary to the White House narrative, which aims to define Obama as a visionary leader, Leading from Behind reveals a president who is indecisive, moody, and often paralyzed by competing political considerations. Many victories,as well as several significant failures,during the Obama presidency are revealed to be the work of strong women, who led when the president did not: then-Speaker Nancy Pelosi

Prev: Leadership Secrets of Attila the Hun
Next: Leapholes