“Impeccably re­searched, well-paced and beautifully written, Leningrad marks a new benchmark in the study of the subject and a more nuanced, objective interpretation for a new century.” 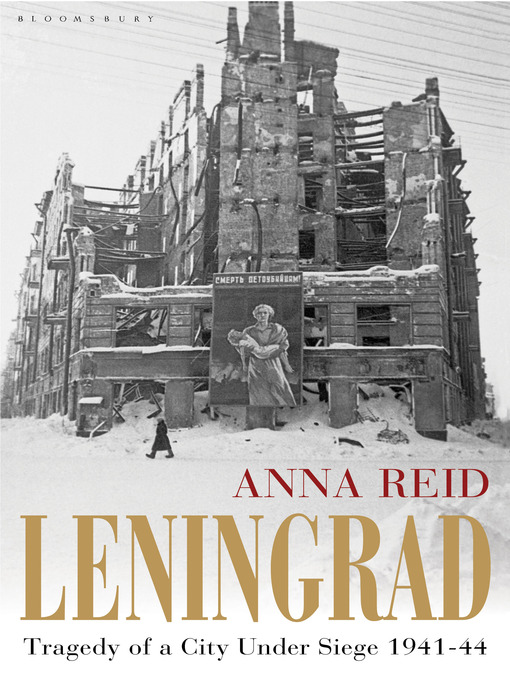 Stripping away decades of Soviet propaganda, and drawing on newly available diaries and government records, Leningrad gives voice to the dead and will rival Anthony Beevor's classic Stalingrad in its impact.

On September 8, 1941, eleven weeks after Hitler launched Operation Barbarossa, his brutal surprise attack on the Soviet Union, Leningrad was surrounded. The siege was not lifted for two and a half years, by which time some three quarters of a million Leningraders had died of starvation.

Anna Reid&“39;s Leningrad is a gripping, authoritative narrative history of this dramatic moment in the twentieth century, interwoven with indelible personal accounts of daily siege life drawn from diarists on both sides. They reveal the Nazis&“39; deliberate decision to starve Leningrad into surrender and Hitler&“39;s messianic miscalculation, the incompetence and cruelty of the Soviet war leadership, the horrors experienced by soldiers on the front lines, and, above all, the terrible details of life in the blockaded city: the relentless search for food and water; the withering of emotions and family ties; looting, murder, and cannibalism- and at the same time, extraordinary bravery and self-sacrifice.

Stripping away decades of Soviet propaganda, and drawing on newly available diaries and government records, Leningrad also tackles a raft of unanswered questions: Was the size of the death toll as much the fault of Stalin as of Hitler? Why didn&“39;t the Germans capture the city? Why didn&“39;t it collapse into anarchy? What decided who lived and who died? Impressive in its originality and literary style, Leningrad gives voice to the dead and will rival Anthony Beevor&“39;s classic Stalingrad in its impact.

Prev: Lenin, Stalin, and Hitler: The Age of Social Catastrophe
Next: Leningrad