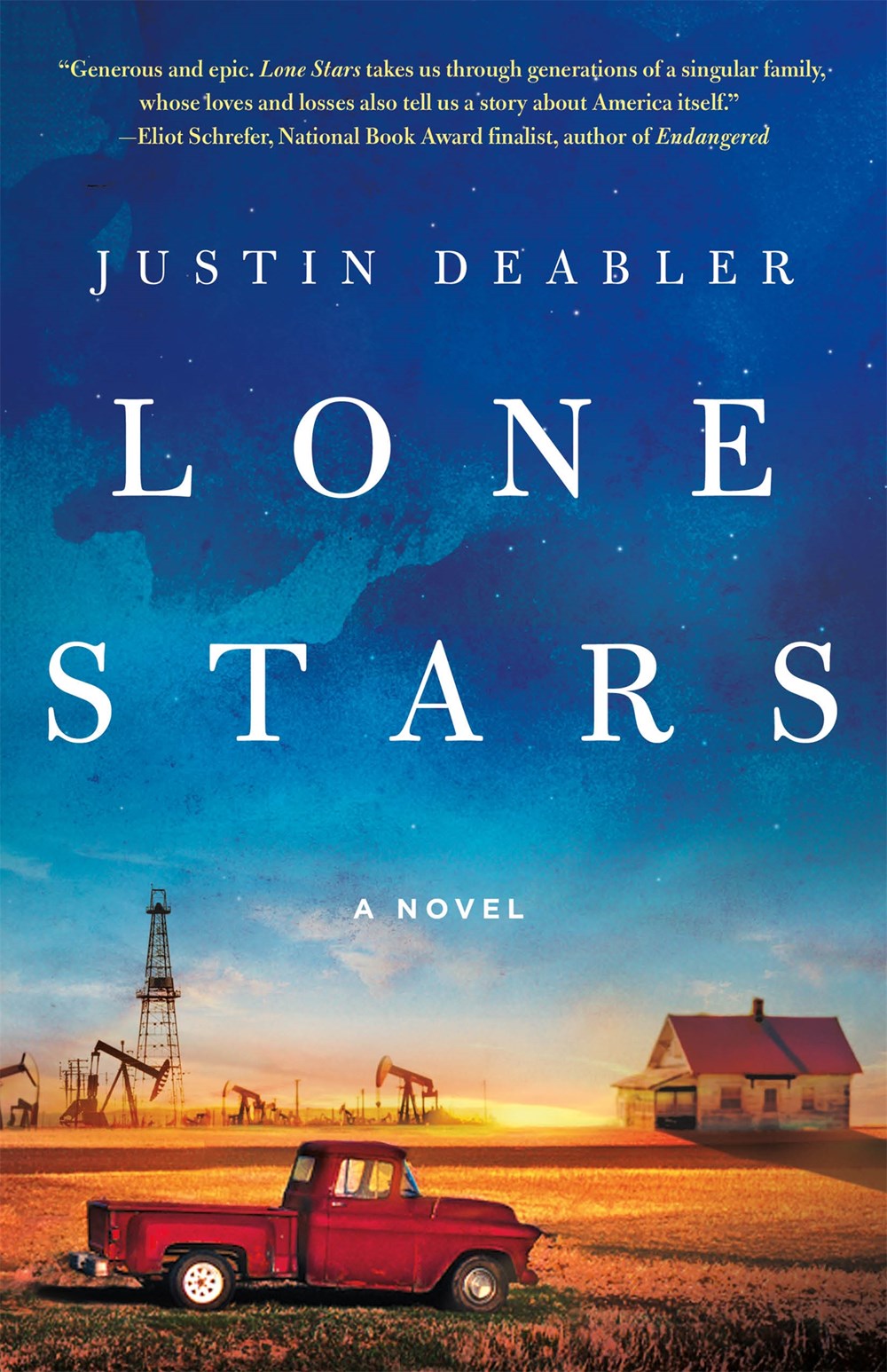 “Generous and epic…takes us through generations of a singular family, whose loves and losses also tell us a story about America itself.” ―Eliot Schrefer, National Book Award finalist, author of Endangered

Justin Deabler’s Lone Stars follows the arc of four generations of a Texan family in a changing America. Julian Warner, a father at last, wrestles with a question his husband posed: what will you tell our son about the people you came from, now that they’re gone? Finding the answers takes Julian back in time to Eisenhower’s immigration border raids, an epistolary love affair during the Vietnam War, crumbling marriages, queer migrations to Cambridge and New York, up to the disorienting polarization of Obama’s second term. And in these answers lies a hope: that by uncloseting ourselves―as immigrants, smart women, gay people―we find power in empathy.