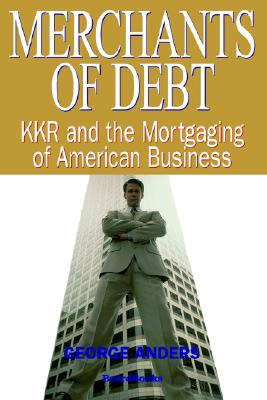 For more than a decade, Henry Kravis and George Roberts have been archetypes, first of Wall Street’s boom years and then of its excesses. Their story and that of their firm - the biggest, most successful and most controversial participant in the age of leverage - illuminates an entire era of financial high jinks and speculative mania. Kravis and Roberts wrote their way into the history books by concocting one giant takeover after another. Their technique: the leveraged buyout, an audacious way to acquire a company with borrowed money, borrowed management - and a lot of nerve. Their firm, Kohlberg Kravis Roberts & Co., dominated the Wall Street scene in the late 1980s, acquiring one Fortune 500 company after another, including Safeway, Duracell, Motel 6, and RJR Nabisco. This book draws on more than 250 interviews, including recurring access to the central figures and their KKR associates, as well as confidential documents and private correspondence to couch giant financial issues in human terms. “Merchants of Debt” shows how pride, jealousy, fear, and ambition fuelled Wall Street’s debt mania - with consequences that affected hundreds of thousands of people. The book addresses 3 questions - why did American business become so enchanted by debt in the 1980s? How exactly did Kravis and Roberts rise to the top of the heap? What have buyouts, especially KKR’s deals, done to America’s economic strength? In the tradition of “Barbarians at the Gate” and “The House of Morgan” this is a saga that takes readers behind closed boardroom doors to show how star-struck young bankers, ruthless deal-makers, and nervous CEOs changed one another’s lives - and the whole American economy - over a 15 year span.