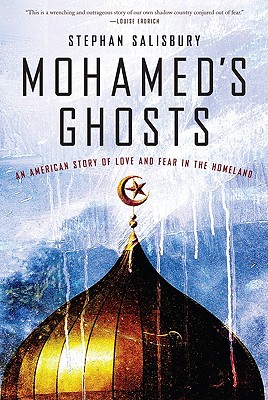 Mohamed Ghorab had no hint one late spring morning in May 2004 that when he dropped his daughter off at school, his life would change forever. Federal agents and police surrounded him in front of terrified parents, teachers, and school children. They hustled him off to jail and eventually deported him. His wife, bewildered and astonished,was detained at the same time,. Moments later, agents raided the obscure Philadelphia mosque where Ghorab was imam, ransacking its simple interior and his house next door. Over the next several months, members of Ghorab’s congregation would be arrested and detained, interrogated and watched. Many would be deported. Others would flee the neighborhood and the country as their lives became riddled with rumor. Informants seemed to be listening everywhere. Husbands were separated from wives. Children were torn from parents. The mosque collapsed in a sea of debt and anxiety. The neighborhood lost something essential—trust and community.

This was a jumpy and fearful time in the life of America following 9/11, as prize-winning reporter Stephan Salisbury well knew. But he did not anticipate the extremity of fear that emerged as he explored the aftermath of that virtually forgotten raid. Over time, the members of the mosque and the imam’s family gradually opened up to him, giving Salisbury a unique opportunity to chronicle the demolition of lives and families, the spread of anti-immigrant hysteria, and its manipulation by the government. As he explores events centered on what he calls “the poor streets of Frankford Valley” in Philadelphia, or the empty streets of Brooklyn , or the fear-encrusted precincts of Lodi, California and beyond, Salisbury is constantly reminded of similar incidents in his own past—the paranoia and police activity that surrounded his political involvement in the 1960s, and the surveillance and informing that dogged his father, a well-known New York Times reporter and editor, for half a century. Salisbury weaves these strands together into a personal portrait of an America fracturing under the intense pressure of the war on terror—the Homeland in the time of Osama.

Prev: Moby-Dick: A Pop-Up Book
Next: Molly & Pim and the Millions of Stars