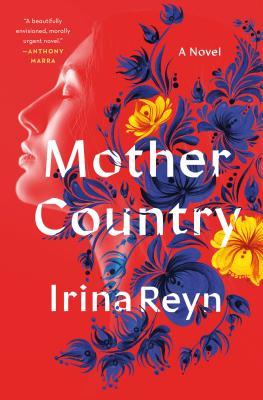 Nadia’s daily life in south Brooklyn is filled with small indignities: as a senior home attendant, she is always in danger of being fired; as a part-time nanny, she is forced to navigate the demands of her spoiled charge and the preschooler’s insecure mother; and as an ethnic Russian, she finds herself feuding with western Ukrainian immigrants who think she is a traitor.

The war back home is always at the forefront of her reality. On television, Vladimir Putin speaks of the “reunification” of Crimea and Russia, the Ukrainian president makes unconvincing promises about a united Ukraine, while American politicians are divided over the fear of immigration. Nadia internalizes notions of “union” all around her, but the one reunion she has been waiting six years for - with her beloved daughter - is being eternally delayed by the Department of Homeland Security. When Nadia finds out that her daughter has lost access to the medicine she needs to survive, she takes matters into her own hands.

Mother Country is Irina Reyn’s most emotionally complex, urgent novel yet. It is a story of mothers and daughters and, above all else, resilience.