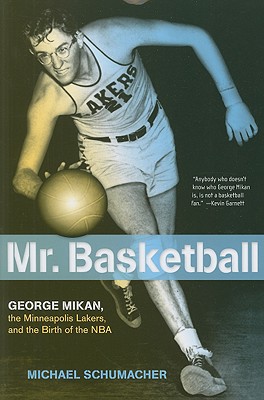 Before Shaquille O’Neal and before Bill Russell, there was George Mikan, a six-foot-ten, 240-pound center, whose quiet demeanor and bespectacled face belied his competitive fire. A four-time All-American at DePaul and a six-time professional champion, Mikan was such an unstoppable force-and a national sensation-that, when his Minneapolis Lakers played the New York Knickerbockers in 1949, the marquee outside Madison Square Garden read simply, “George Mikan vs. Knicks.”

Drawing on extensive interviews-with former teammates, opponents, coaches, friends, and rivals-critically acclaimed author Michael Schumacher presents, for the first time, a wonderfully nuanced portrait of one of the most unheralded athletes of our time, and a fascinating look at the birth of the National Basketball Association.