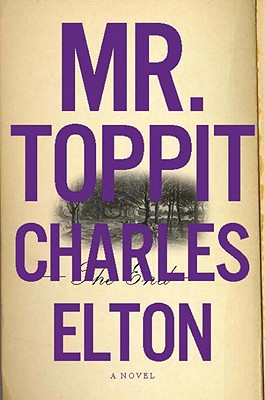 When Arthur Hayman, an unsuccessful screenwriter turned children’s book author, is accidentally hit by a cement truck in London, his dying moments are spent with a passing American tourist, Laurie Clow, who is fated to bring posthumous fame to his obscure series, The Hayseed Chronicles, and the enigmatic and sinister Mr. Toppit who is at the center of the books. While Arthur doesn’t live to reap the benefits of his books’ success, his legacy falls to his widow, Martha, and their children—the fragile Rachel, and Luke, reluctantly immortalized as the fictional Luke Hayseed, hero of his father’s books. But others want their share of the Hayseed phenomenon, particularly Laurie, who has a mysterious agenda of her own that changes all of their lives as Martha, Rachel, and Luke begin to crumble under the heavy burden of their inheritance. Spanning several decades, from the heyday of the postwar British film industry to today’s cutthroat world of show business in Los Angeles, Mr. Toppit is a riveting debut novel that captures an extraordinary family and their tragic brush with fame to wonderfully funny and painful effect.

Prev: Mr. Mole Moves In
Next: Much Ado About You