“Murder in Memoriam is the kind of book that begins to restore one’s confidence in the detective story.”

— Nick Hornby on Murder in Memoriam 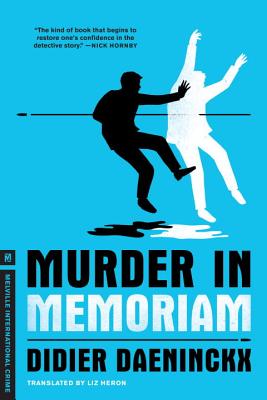 Set against the backdrop of a demonstration in Paris in 1961, in which hundreds of Algerians died, Didier Daeninckx’s chilling novel created uproar when first published in France in 1984. Roger Thiraud, a young history teacher, is killed during the demonstration. Twenty years later, his son is murdered in Toulouse. To find the connection between the murders, Inspector Cadin must delve into the secret history and devastating compromises of wartime politics. Murder in Memoriam is a tense and unsettling indictment of France’s racist past.

Prev: Murder by Candlelight
Next: Murder in the Central Committee