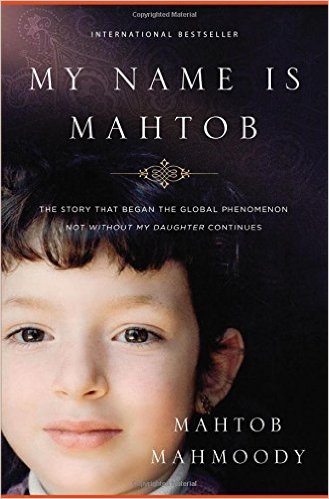 This is the story of an extraordinary young woman’s triumph over life-crushing trauma to build a life of peace and forgiveness.

Two decades ago, millions of readers worldwide thrilled to the story told in the international bestseller Not Without My Daughter—subsequently made into a film starring Sally Field—that told of an American mother and her six-year-old child’s daring escape from an abusive and tyrannical Iranian husband and father. Now the daughter returns to tell the whole story, not only of that imprisonment and escape but of life after fleeing Tehran: living in fear of re-abduction, enduring recurring nightmares and panic attacks, attending school under a false name, battling life-threatening illness—all under the menacing shadow of her father.

This is the story of an extraordinary young woman’s triumph over life-crushing trauma to build a life of peace and forgiveness. Taking readers from Michigan to Iran and from Ankara, Turkey, to Paris, France, My Name Is Mahtob depicts the profound resilience of a wounded soul healed by faith in God’s goodness and in his care and love. And Mahmoody reveals the secret of how she liberated herself from a life of fear, learning to forgive the father who had shattered her life and discovering joy and peace that comes from doing so.

Prev: My Mother, Your Mother: Embracing "Slow Medicine," the Compassionate Approach to Caring for Your Agi
Next: My Not So Perfect Life