“An enthusiastic, mostly comprehensible account of a popular theory many scientists believe will unite two of the few remaining separate elements in the universe: matter and energy...Hooper does a fine job explaining historical physics and newer concepts” 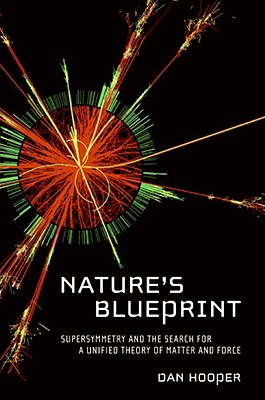 For decades, physicists have been fascinated with the possibility that two seemingly independent aspects of our world—matter and force—may in fact be intimately connected and inseparable facets of nature. This idea, known as supersymmetry, is considered by many physicists to be one of the most beautiful and elegant theories ever conceived. According to this theory, however, there is much more to our universe than we have witnessed thus far. In particular, supersymmetry predicts that for each type of particle there must also exist others, called superpartners. To the frustration of many particle physicists, no such superpartner particles have ever been observed. As the world’s most powerful particle accelerator—the Large Hadron Collider—begins operating in 2008, this may be about to change. By discovering the forms of matter predicted by supersymmetry, this incredible machine is set to transform our current understanding of the universe’s laws and structure, and overturn the way that we think about matter, force, space, and time.

Nature’s Blueprint explores the reasons why supersymmetry is so integral to how we understand our world and describes the incredible machines used in the search for it. In an engaging and accessible style, it gives readers a glimpse into the symmetries, patterns, and very structure behind the universe and its laws.