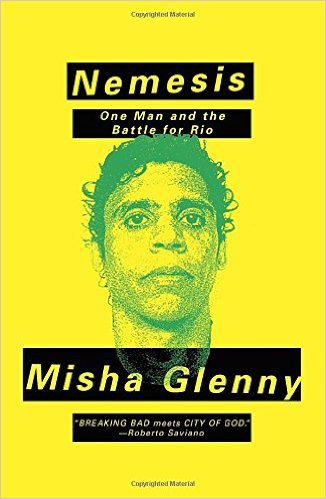 The astonishing story of an ordinary man forced to make a decision that would turn his world upside down.

One Man and the Battle for Rio

How did Antônio Francisco Bonfim Lopes, a hardworking young father, become the king of Rocinha, the largest slum in Rio; the head of a drug cartel; and perhaps Brazil’s most wanted criminal, known to all as “Nem”? Nemesis is the riveting account of his ruthless ascent in Rio’s terrifying underworld, his sway over its anarchic outlaw culture, and his accidental fall. Nem tried to bring welfare and justice to a playground of gang culture and destitution, but he quickly found himself embroiled in a world of gold hunters and evangelical pastors, bent police officers and rich-kid addicts, quixotic politicians and drug lords with math degrees.

Spanning rainforests and high-security prisons, filthy slums and glittering shopping malls,Nemesis chronicles Brazil’s journey into the global spotlight—and the battle for the beautiful but damned city of Rio as it struggles to break free from a tangled web of corruption, violence, drugs and poverty. Nem is held at the center of it all, locked in a fight for his country’s future.