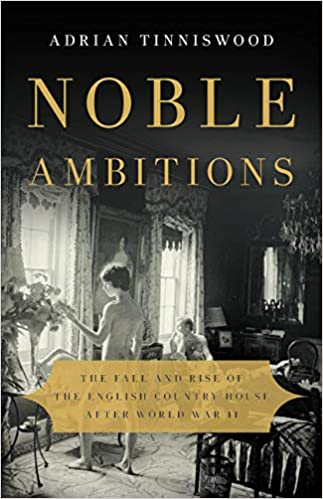 A rollicking tour of the English country home after World War II, when swinging London collided with aristocratic values

Noble Ambitions: The Fall and Rise of the English Country House After World War II

As the sun set slowly on the British Empire, its mansions fell and rose. Ancient families were reduced to demolishing the parts of their stately homes they could no longer afford, dukes and duchesses desperately clung to their ancestral seats, and a new class of homeowners bought their way into country life. A delicious romp, Noble Ambitions pulls us into these crumbling halls of power, leading us through the juiciest bits of postwar aristocratic history—from Mick Jagger dancing at deb balls to the scandals of Princess Margaret. Capturing the spirit of the age, historian Adrian Tinniswood proves that the country house is not only an iconic symbol, but a lens through which to understand the shifting fortunes of the British elite in an era of monumental social change.

Prev: No Sleep Till Wonderland
Next: Noble Endeavours