“A stellar appreciation for the myriad quantifiable and amorphous attributes that have made the moon a source of magic and wonder through the ages.” 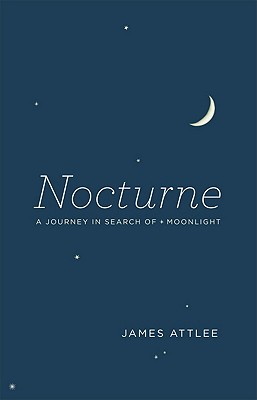 A Journey in Search of Moonlight

“Nobody who has not taken one can imagine the beauty of a walk through Rome by full moon,” wrote Goethe in 1787. Sadly, the imagination is all we have today: in Rome, as in every other modern city, moonlight has been banished, replaced by the twenty-four-hour glow of streetlights in a world that never sleeps. Moonlight, for most of us, is no more.

So James Attlee set out to find it. Nocturne is the record of that journey, a traveler’s tale that takes readers on a dazzling nighttime trek that ranges across continents, from prehistory to the present, and through both the physical world and the realms of art and literature. Attlee attends a Buddhist full-moon ceremony in Japan, meets a moon jellyfish on a beach in Northern France, takes a moonlit hike in the Arizona desert, and experiences a lunar eclipse on New Year’s Eve atop the snowbound Welsh hills. Each locale is illuminated not just by the moonlight he seeks, but by the culture and history that define it. We learn about Mussolini’s pathological fear of moonlight; trace the connections between Caspar David Friedrich, Rudolf Hess, and the Apollo space mission; and meet the inventors of the Moonlight Collector in the American desert, who aim to cure all kinds of ailments with concentrated lunar rays. Svevo and Blake, Whistler and Hokusai, Li Po and Marinetti are all enlisted, as foils, friends, or fellow travelers, on Attlee’s journey.