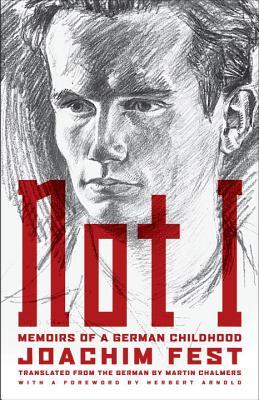 Memoirs of a German Childhood

A portrait of an intellectually rigorous German household opposed to the Nazis and how its members suffered for their political stance.

Few writers have deepened our understanding of the Third Reich as much as German historian, biographer, journalist, and critic Joachim Fest. His biography of Adolf Hitler has reached millions of readers around the world. Born in 1926, Fest experienced firsthand the rise of the Nazis, the Second World War, and a catastrophically defeated Germany, thus becoming a vital witness to these difficult years.

In this memoir of his childhood and youth, Fest offers a far-reaching view of how he experienced the war and National Socialism. True to the German Bildung tradition, Fest grows up immersed in the works of Goethe, Schiller, Mörike, Rilke, Kleist, Mozart, and Beethoven. His father, a conservative Catholic teacher, opposes the Nazi regime and as a result loses his job and status. Fest is forced to move to a boarding school in the countryside that he despises, and in his effort to come to terms with his father’s strong political convictions, he embarks on a tireless quest for knowledge and moral integrity that will shape the rest of his life and writing career.

Prev: Nose to Tail Eating and Beyond
Next: Not Like the Movies