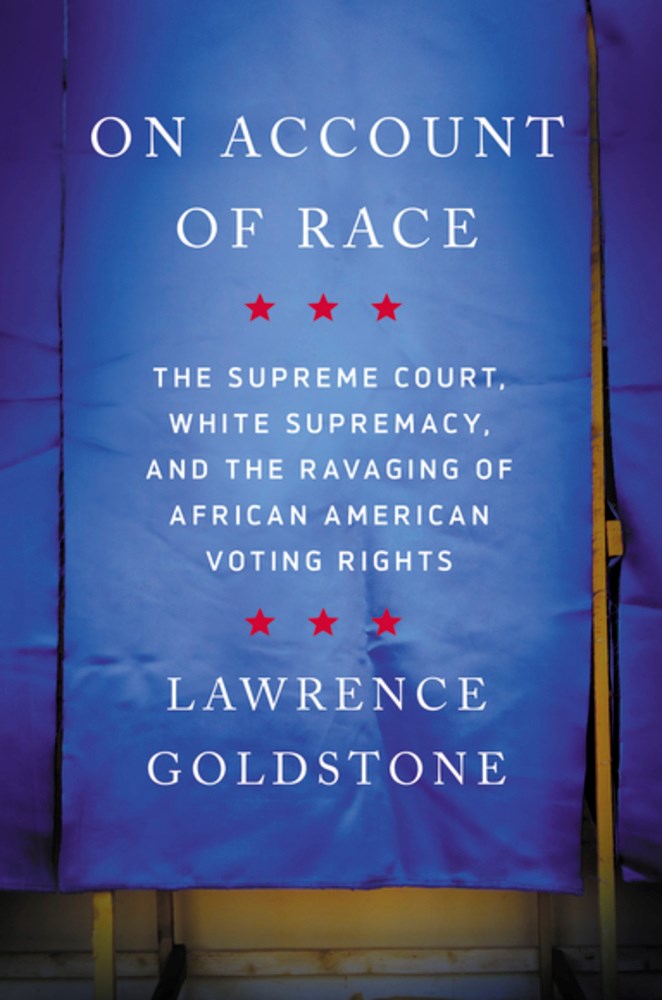 The Supreme Court, White Supremacy, and the Ravaging of African American Voting Rights

An award-winning constitutional law historian examines case-based evidence of the court’s longstanding support for white supremacy (often under the guise of “states rights”) to reveal how that bias has allowed the court to solidify its position as arguably the most powerful branch of the federal government.

One promise of democracy is the right of every citizen to vote. And yet, from our founding, strong political forces were determined to limit that right. The Supreme Court, Alexander Hamilton wrote, would protect the weak against this very sort of tyranny. Still, as On Account of Race forcefully demonstrates, through the better part of American history the Court has instead been a protector of white rule. And complex threats against the right to vote persist even today.

Beginning in 1876, the Supreme Court systematically dismantled both the equal protection guarantees of the Fourteenth Amendment and what seemed to be the right to vote in the Fifteenth. And so a half million African Americans across the South who had risked their lives and property to be allowed to cast ballots were stricken from voting rolls by white supremacists. This vacuum allowed for the rise of Jim Crow. None of this was done in the shadows—those determined to wrest the vote from black Americans could not have been more boastful in either intent or execution.

On Account of Race tells the story of an American tragedy, the only occasion in United States history in which a group of citizens who had been granted the right to vote then had it stripped away. It is a warning that the right to vote is fragile and must be carefully guarded and actively preserved lest American democracy perish.

Prev: Olympia Provisions
Next: On an Irish Island