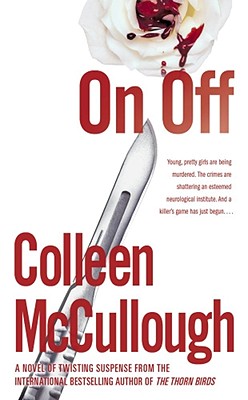 Colleen McCullough, who crafts “fiction at its best” (Time), triumphs with a searing murder mystery packed with heartpounding twists inside the world of science. All the victims were pretty girls.

When the remains of a young woman are found at a Connecticut neurological institute, Lieutenant Carmine Delmonico is called to investigate. It is only the first of a serial killer’s grisly crimes, however, and Delmonico is plunged into his most perplexing and terrifying case.

All the victims looked alike.

A frightening pattern emerges as the violence escalates, and Delmonico senses the killer is among the institute’s staff of scientists and doctors. Infiltrating their ranks, he gets closer to manager Desdemona Dupre, who can help him uncover the secrets, politics, and backstabbing ambitions harbored there.

All is not what it seems.

But this audacious killer’s game has only just begun—a game poised to unravel everything Delmonico believes, and pull the detective who’s seen it all into a shocking face-off with a staggering revelation at its core.

Prev: On Truth
Next: Once a Thief