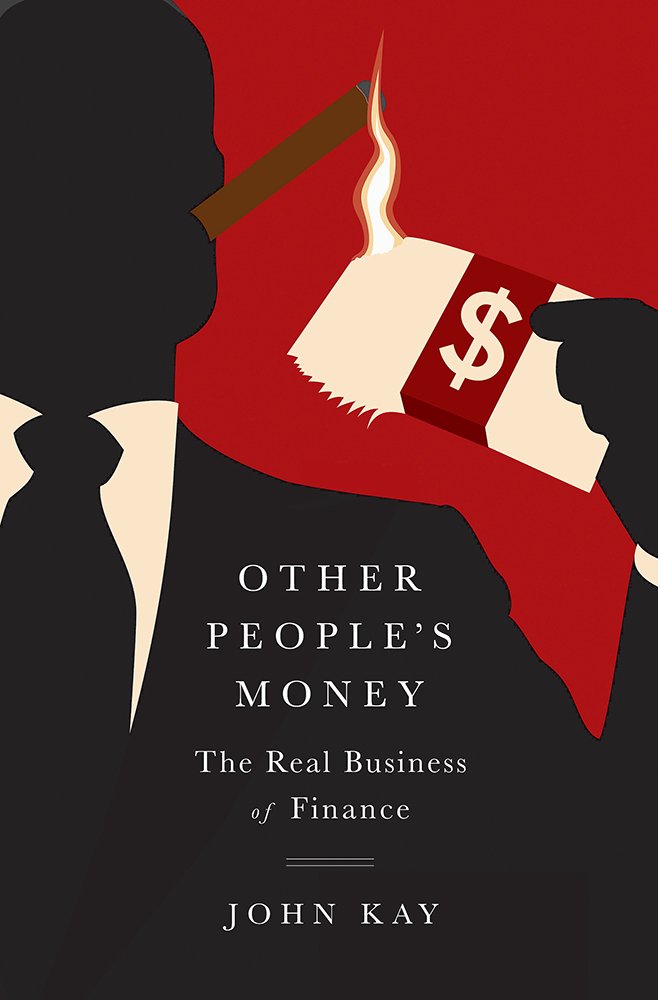 In Other People’s Money, economist John Kay brilliantly exposes how today’s financial system works, and what really goes on inside a notoriously arcane industry.

The Real Business of Finance

The financial sector is too large and too powerful. Common sense suggests that the activity of exchanging bits of paper cannot make profits for everyone and that much of the growth of the finance sector represents not the creation of new wealth, but an appropriation of other people’s money—mostly for the benefit of the people who work in the financial sector. There is something unreal about the way in which finance has evolved, dematerialized, and detached itself from ordinary business and everyday life.

In Other People’s Money, economist John Kay brilliantly exposes how today’s financial system works, and what really goes on inside a notoriously arcane industry. He shows how an innovation at the Chicago Butter and Egg Board eventually nearly brought the world financial system to ruin, why Mary Poppins may provide a better financial model than Wall Street, and why a supposedly rational market once priced the value of the Emperor of Japan’s garden higher than the entire state of California.

Other People’s Money glitters with insight and fizzes with indignation. Kay presents an urgently needed agenda for reform before the next—inevitable—financial crisis hits and reveals exactly where that is likely to arise.