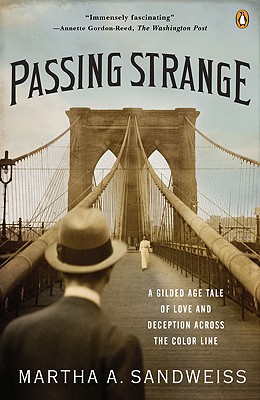 Clarence King was a late nineteenth-century celebrity, a brilliant scientist and explorer once described by Secretary of State John Hay as “the best and brightest of his generation.” But King hid a secret from his Gilded Age cohorts and prominent family in Newport: for thirteen years he lived a double life-the first as the prominent white geologist and writer Clarence King, and a second as the black Pullman porter and steelworker named James Todd. The fair, blue-eyed son of a wealthy China trader passed across the color line, revealing his secret to his black common-law wife, Ada Copeland, only on his deathbed. In Passing Strange, noted historian Martha A. Sandweiss tells the dramatic, distinctively American tale of a family built along the fault lines of celebrity, class, and race- a story that spans the long century from Civil War to civil rights.

Prev: Passages In Caregiving
Next: Past Aways