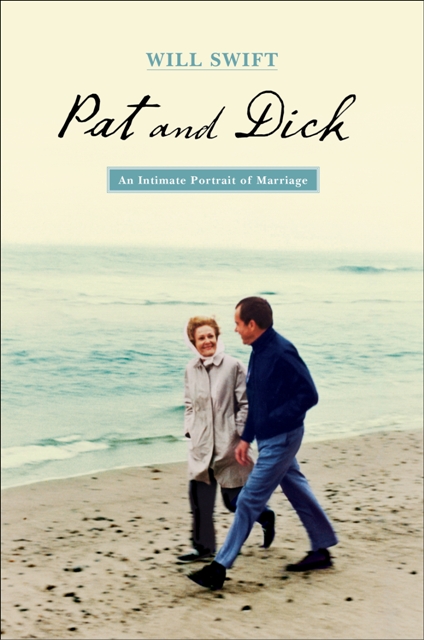 The Nixons, An Intimate Portrait of a Marriage

When Americans remember the controversial Nixons, they usually focus on the political triumphs, the turbulent White House years, and the humiliating public downfall. But a very different image of the polarizing president emerges in this fascinating portrait of his relationship with Pat. Now, the couple’s recently released love letters and other private documents reveal that as surely as unremitting adversity can fray the fabric of a marriage, devotion can propel it to surmount disgrace and defeat.

In Pat and Dick, biographer Will Swift brings his years of experience as a historian and as a marital therapist to this unique examination of a long-misunderstood marriage. Nixon the man was enormously complicated: brilliant, insecure, sometimes coldly calculating, and capable of surprising affection with his wife.

Much less is known about Pat. With the help of personal writings and interviews with family and friends, Swift unveils a woman who was warm and vivacious, yet much shrewder and more accomplished than she has been given credit for. From Dick’s unrelenting crusade to marry the glamorous teacher he feared was out of his league through the myriad crises of his political career, the Nixons’ story is filled with hopes and disappointments, both intimate and global.

This remarkable biography shows us the couple at their most human: a wife walking a delicate line between self-sacrifice and healthy love while her husband struggles to balance global ambitions and personal intimacy. The Nixons came to represent the best and worst of American life and culture. But though their union was tested by all manner of trials, they managed to find the strength, courage, and resilience to sustain a true connection for more than half a century.