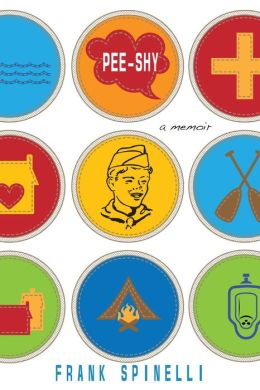 In his stunningly honest and poignant memoir, Frank Spinelli recounts a childhood marked by trauma and of finding the courage that ultimately transformed his life…

Frank Spinelli grew up on Staten Island in the 1970s to Italian-born parents who viewed cops and priests as second only to the Pope in infallibility. His mother, concerned that her son was being bullied at school for being “different,” signed Frank up for Boy Scouts when he turned eleven. For the next two years, Frank’s life had two realities—one lived in full view of his family, and the other a secret he shared with his Scoutmaster that he couldn’t confess to anybody.

Eventually Frank went to college, established a thriving medical practice, and found a home in Manhattan. But the emotional and physical effects of his past continued to shadow every aspect of his life. Then a shocking discovery gave Frank the opportunity to overturn thirty years of confusion and self-blame—for himself, and for other boys like him.

Pee-Shy is a remarkable story of overcoming the unimaginable to choose resilience over darkness, and love over loss.