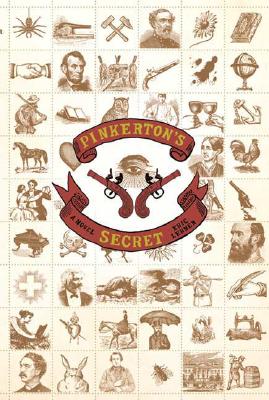 Allan Pinkerton’s story opens in Chicago on the eve of the American Civil War. After battling con men, train robbers, and vicious gunmen, Pinkerton senses that change is in the air. Already committed to the abolitionist cause and the Underground Railroad, he allies himself with John Brown’s radical antislavery crusade. Upholding the law with one hand, he unapologetically breaks it with the other.

Kate Warne joins the Pinkerton Agency—its first female detective—and quickly takes her place as Allan’s closest confidante. He asks Kate to join him, and she embraces his cause in all its contradictions and extremes. Comrades-in-arms, their romantic passion becomes the most combustible and irresistible kind, the mutual affirmation of a world of two. Together they save the life of Abraham Lincoln on his inaugural journey to Washington, root out Confederate spies within the Union government, and establish the nation’s first Secret Service, sending their agents deep behind enemy lines. Blind to all consequences, the secret lovers learn too late that some battles, no matter how right the cause, cannot be won.

Prev: Pinkerton's Great Detective
Next: Pizza Is the Best Breakfast