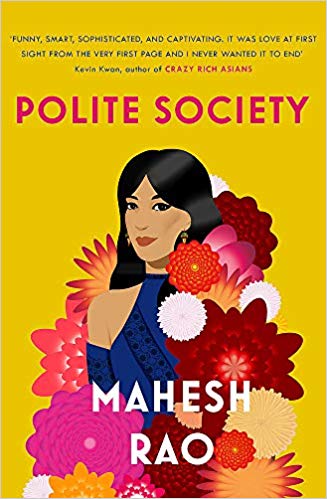 A modern retelling of Jane Austen’s Emma with a touch of Crazy Rich Asians set in Delhi, in which the daughter of a wealthy Indian family aspires to match-make for her friends and family, only to find herself caught up in an unforeseen scandal—and an unexpected match of her own.

Beautiful, clever, and very slightly bored, Ania Khurana has Delhi wrapped around her finger. When Ania finds love for her spinster aunt, she realizes her potential as a force for good.

For her next match, Ania sets her sights on Dimple: her newest, sweetest, and, sure, poorest friend. But her good intentions may be misdirected, and when her aunt’s handsome new nephew arrives from America, the social tides in Delhi begin to shift. Surrounded by money old and new, navigating gossip, scheming, and an unforgettable cast of journalists, socialites, gurus, and heirs, Ania discovers that when you aim to please the human heart, things seldom go as planned.

Using Jane Austen’s Emma as a springboard, Polite Society takes us into the lives of a group of characters we never want to part with. Pairing stiletto-sharp observation and social comedy with moments of true tenderness, this delicious romp through the mansions of India’s elite celebrates that there’s no one route to perfect happiness.

Prev: Police at the Station and They Don't Look Friendly
Next: Poorly Drawn Lines