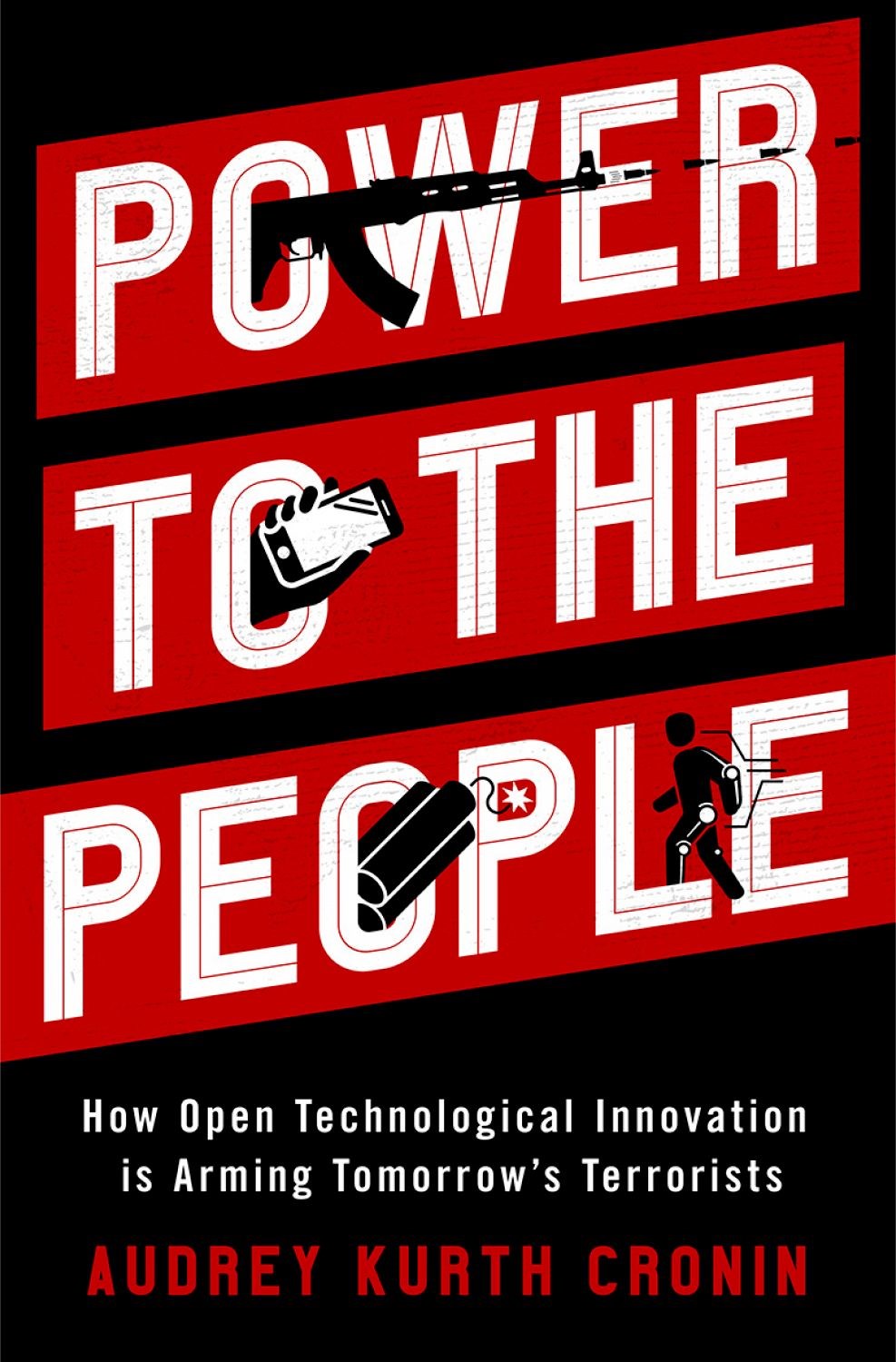 Power to the People: How Open Technological Innovation is Arming Tomorrow’s Terrorists

Never have so many possessed the means to be so lethal. The diffusion of modern technology (robotics, cyber weapons, 3-D printing, autonomous systems, and artificial intelligence) to ordinary people has given them access to weapons of mass violence previously monopolized by the state. In recent years, states have attempted to stem the flow of such weapons to individuals and non-state groups, but their efforts are failing.

As Audrey Kurth Cronin explains in Power to the People, what we are seeing now is an exacerbation of an age-old trend. Over the centuries, the most surprising developments in warfare have occurred because of advances in technologies combined with changes in who can use them. Indeed, accessible innovations in destructive force have long driven new patterns of political violence. When Nobel invented dynamite and Kalashnikov designed the AK-47, each inadvertently spurred terrorist and insurgent movements that killed millions and upended the international system.

That history illuminates our own situation, in which emerging technologies are altering society and redistributing power. The twenty-first century “sharing economy” has already disrupted every institution, including the armed forces. New “open” technologies are transforming access to the means of violence. Just as importantly, higher-order functions that previously had been exclusively under state military control - mass mobilization, force projection, and systems integration - are being harnessed by non-state actors. Cronin closes by focusing on how to respond so that we both preserve the benefits of emerging technologies yet reduce the risks. Power, in the form of lethal technology, is flowing to the people, but the same technologies that empower can imperil global security - unless we act strategically.

Prev: Power to the People
Next: Practically Radical