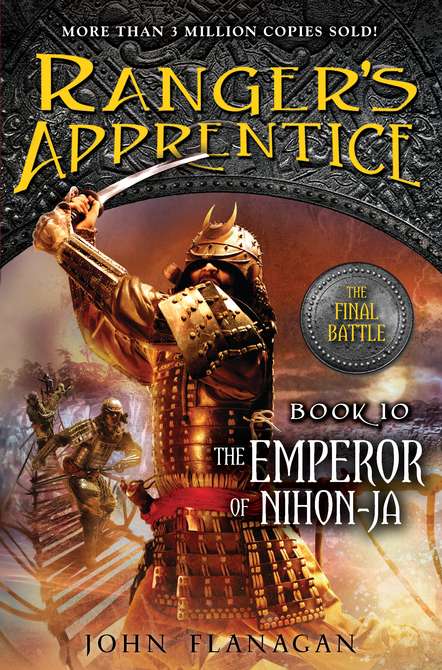 Months have passed since Horace departed for the eastern nation of Nihon-Ja on a vital mission. Having received no communication from him, his friends fear the worst. Unwilling to wait a second longer, Alyss, Evanlyn, and Will leave their homeland behind and venture into an exotic land in search of their missing friend.

When they finally catch up with him, they find Horace entangled in a military coup. Determined to protect the imperial throne, Will and his band of Araluens must piece together and train a force in order to fend off the master Senji warriors intent on overthrowing the emperor.

Suspense and pulse-pounding action abound in this final adventure in the worldwide phenomenon that is Ranger’s Apprentice.

Prev: The Empath's Survival Guide
Next: The Empress of One