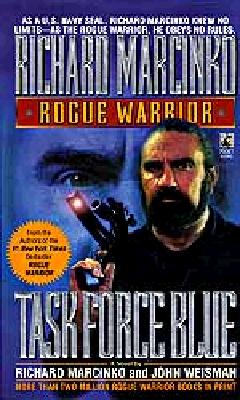 When the Rogue Warrior and his elite SEAL team, Task Force Blue, storm a hijacked 727 in Key West, a hostage is killed—and Marcinko must pay. Facing court-martial and removal from the Navy, his is recuited by the Defense Intelligence Agency to erradicate a secret right-wing terrorist infrastructure. Combating a brutal enemy force, and pursued by the FBI, Marcinko maneuvers through a political, military, and bureaucratic minefield, adhering to the ultimate Commandment of SpecWar—there are no rules—win at all cost!