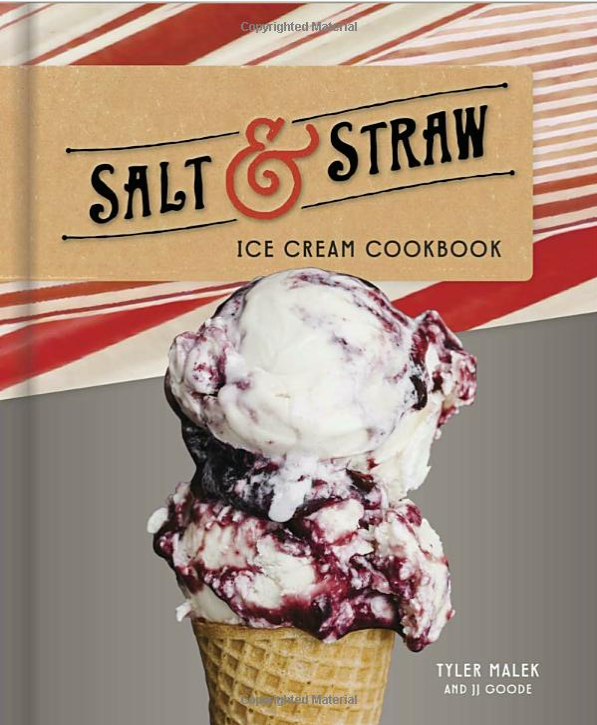 
by Tyler Malek, by JJ Goode

Based out of Portland, Oregon, Salt & Straw is the brainchild of two cousins, Tyler and Kim Malek, who had a vision but no recipes. They turned to their friends for advice—chefs, chocolatiers, brewers, and food experts of all kinds—and what came out is a super-simple base that takes five minutes to make, and an ice cream company that sees new flavors and inspiration everywhere they look.

Using that base recipe, you can make dozens of Salt & Straw’s most beloved, unique (and a little controversial) flavors, including Sea Salt with Caramel Ribbons, Roasted Strawberry and Toasted White Chocolate, and Buttered Mashed Potatoes and Gravy.

But more importantly, this book reveals what they’ve learned, how to tap your own creativity, and how to invent flavors of your own, based on whatever you see around you. Because ice cream isn’t just a thing you eat, it’s a way to live.

Prev: Sally of the Wasteland
Next: Salvation Boulevard