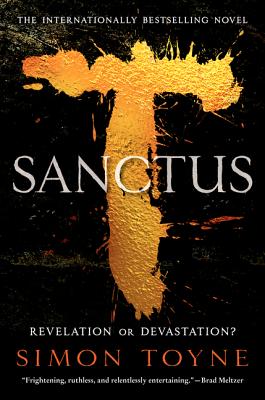 A man climbs a cliff face in the oldest inhabited place on earth, a mountain known as the Citadel, a Vatican-like city-state that towers above the city of Ruin in modern-day Turkey. But this is no ordinary ascent. It is a dangerous, symbolic act. And thanks to the media, it is an event witnessed by the entire world.

Few people understand its consequence. But for foundation worker Kathryn Mann and a handful of others, it’s evidence that a revolution is at hand. For the Sancti, the cowled and secretive monks who live inside the Citadel, it could mean the end of everything they have built. They will stop at nothing to keep what is theirs, and they will break every law in every country and even kill to hold it fast. For American reporter Liv Adamsen, it spurs the memory of the beloved brother she lost years before, setting her on a journey across the world and into the heart of her own identity.

There, she will make a discovery so shocking that it will change everything. . . .

Prev: Same As It Never Was
Next: Sand Queen