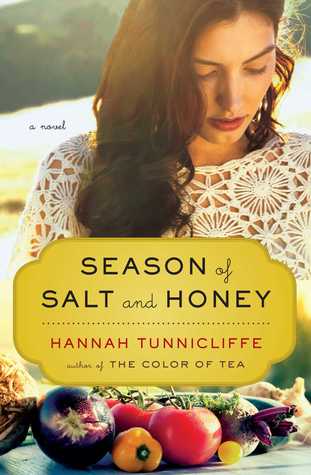 Season of Salt and Honey

Frankie is a runaway bride. Or rather, she is running away from her fiancé’s funeral, the unthinkable event that has thrown her entire life into crisis. Frankie and Alex were high school sweethearts and each other’s first loves. They should have been together forever. But Alex died in a surfing accident, and now Frankie is walking away from her family, driving north and east, letting her body do the thinking, all the way into the Cascade Mountain range.

At Alex’s family cabin, Frankie can give in to her grief and think about nothing. There are no aunts trying feed her just a fewpolpette or just a taste of affogato, despite her lack of appetite; none of Alex’s family around to look questioningly at her left ring finger, no one there to perform for. Except for Jack, the cabin’s caretaker, who has been tasked with forcing Frankie out of the property that isn’t rightfully hers. And except for Bella, Frankie’s wild-child younger sister who deserted the family years ago only to reappear at Frankie’s lowest moment to dredge up painful memories from the past.

But Frankie learns she can’t hide—not from her family, not from the past, and not from truths about Alex she’d rather not face. The seasonal magic of the forest and its welcoming residents remind her that everything—flowers to bud, bread to rise, a heart to heal—takes its own time. This stunning novel, from the author of The Color of Tea, is a feast for the senses, with a message of forgiveness, hope, and the many ways to find and give love.