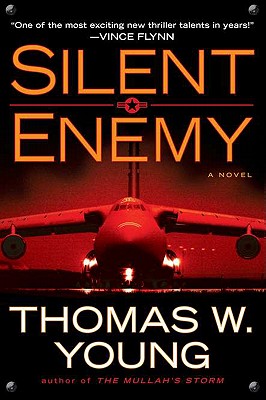 Parson, Gold, and everybody else aboard are trapped at altitude. They can refuel in midair, but not indefinitely. The enemy is all around . . . and will take surprising form.

Four years after the events of The Mullah&“39;s Storm (“an irresistible adventure story”-USA Today), jihadists strike the Afghan National Police training center in Kabul, killing many and wounding others, including Sergeant Major Sophia Gold. The injured are hurriedly loaded onto a C-5 Galaxy bound for Germany, but once airborne, the commander, Major Michael Parson, receives a message. The jihadists have placed bombs on some planes leaving Afghanistan, and the Galaxy is one of them. If Parson tries to descend-the bomb will go off.

Parson, Gold, and everybody else aboard are trapped at altitude, until either they or someone on the ground can figure out what to do. They can refuel in midair, but not indefinitely. The aircraft is deteriorating, the condition of the patients is worsening, the crew is tiring-and their biggest challenges are yet to come. The enemy is all around . . . and will take surprising form.