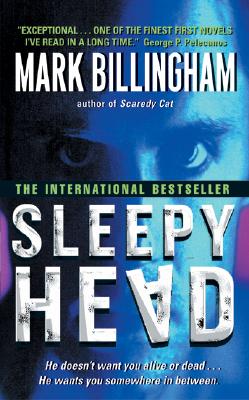 A WOMAN UNLUCKY TO BE ALIVE

Alison Willetts has survived a stroke, deliberately induced by a skilful manipulation of pressure points on the head and neck. She can see, hear and feel but she is completely unable to move or communicate. In leaving Alison Willetts alive, the police believe the killer’s made his first mistake.

A KILLER UNLIKE ANY OTHER

Then DI Tom Thorne discovers the horrifying truth: it isn’t Alison who is the mistake, it’s the three women already dead.

Thorne must find a killer whose agenda is disturbingly unique, and Alison, the one person who holds the key to the killer’s identity, is unable to say anything ...

Prev: Sleepyhead
Next: Slices of Life