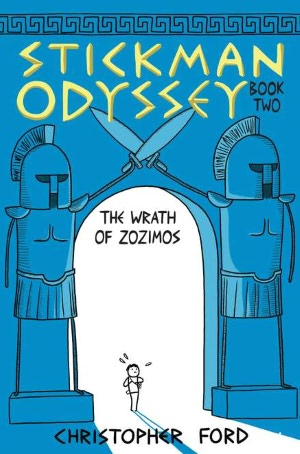 ​Greek tragedy has never been so funny

Zozimos’ journey to the kingdom of Sticatha has been anything but smooth. He’s survived enslavement, battled golems and a ravenous Cyclops, and generally served as plaything to gods and goddesses looking for a good laugh. All for the sake of reclaiming the Sticathan royal throne—stolen from him by an evil witch, aka his stepmother.

You’d think that a stickman would catch a break after all that, but you’d be wrong. Arriving home only brings crazy family members and a return trip to sea, where mercenary centaurs and giant boar gods keep Zozimos questing and readers laughing. It would all be an epic tragedy if it wasn’t so funny.

Prev: Stickman Odyssey #1
Next: Still Catholic After All These Years