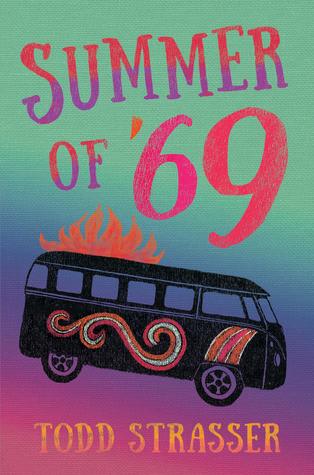 Drawing from his teenage years, Todd Strasser’s novel revisits a tumultuous era and takes readers on a psychedelically tinged trip of a lifetime.

With his girlfriend, Robin, away in Canada, eighteen-year-old Lucas Baker’s only plans for the summer are to mellow out with his friends, smoke weed, drop a tab or two, and head out in his microbus for a three-day happening called the Woodstock Music and Art Fair. But life veers dramatically off track when he suddenly finds himself in danger of being drafted and sent to fight in Vietnam. If that isn’t heavy enough, there’s also the free-loving (and undeniably alluring) Tinsley, who seems determined to test Lucas’s resolve to stay faithful to Robin; a frighteningly bad trip at a Led Zeppelin concert; a run-in with an angry motorcycle gang; parents who appear headed for a divorce; and a friend on the front lines in ’Nam who’s in mortal danger of not making it back. As the pressures grow, it’s not long before Lucas finds himself knocked so far down, it’s starting to look like up to him. When tuning in, turning on, and dropping out is no longer enough, what else is there?

Prev: Summer Lightning
Next: Summer of '69