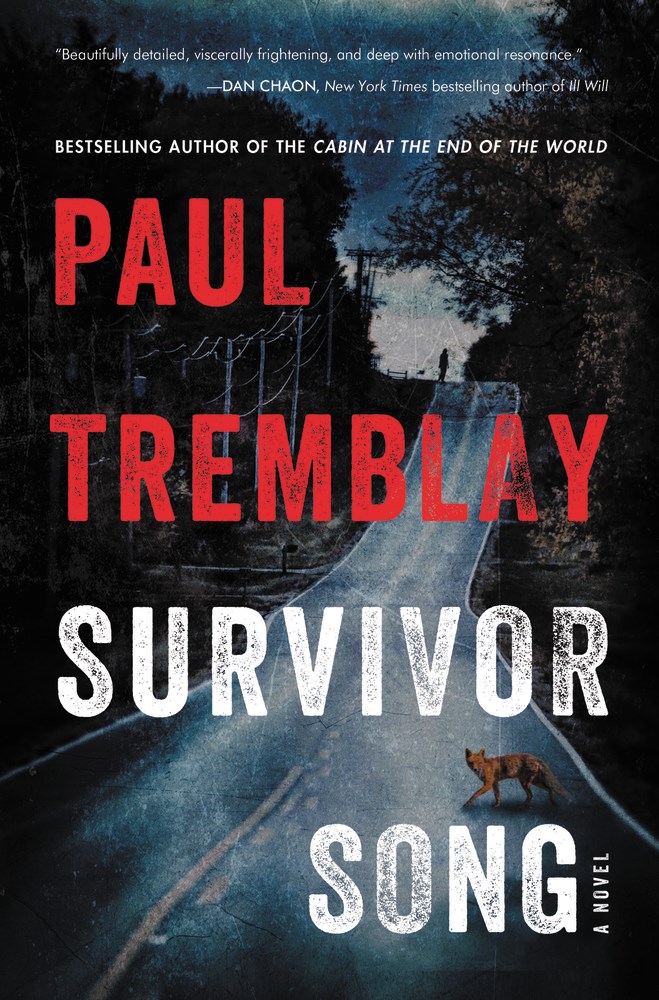 “Fresh and surprising. Survivor Song may be one of Tremblay’s best— beautifully detailed, viscerally frightening, and deep with emotional resonance.” —Dan Chaon, New York Times bestselling author of Ill Will

A riveting novel of suspense and terror from the Bram Stoker award-winning author of The Cabin at the End of the World and A Head Full of Ghosts.

In a matter of weeks, Massachusetts has been overrun by an insidious rabies-like virus that is spread by saliva. But unlike rabies, the disease has a terrifyingly short incubation period of an hour or less. Those infected quickly lose their minds and are driven to bite and infect as many others as they can before they inevitably succumb. Hospitals are inundated with the sick and dying, and hysteria has taken hold. To try to limit its spread, the commonwealth is under quarantine and curfew. But society is breaking down and the government’s emergency protocols are faltering.

Dr. Ramola “Rams” Sherman, a soft-spoken pediatrician in her mid-thirties, receives a frantic phone call from Natalie, a friend who is eight months pregnant. Natalie’s husband has been killed—viciously attacked by an infected neighbor—and in a failed attempt to save him, Natalie, too, was bitten. Natalie’s only chance of survival is to get to a hospital as quickly as possible to receive a rabies vaccine. The clock is ticking for her and for her unborn child.

Natalie’s fight for life becomes a desperate odyssey as she and Rams make their way through a hostile landscape filled with dangers beyond their worst nightmares—terrifying, strange, and sometimes deadly challenges that push them to the brink.

Paul Tremblay once again demonstrates his mastery in this chilling and all-too-plausible novel that will leave readers racing through the pages . . . and shake them to their core.