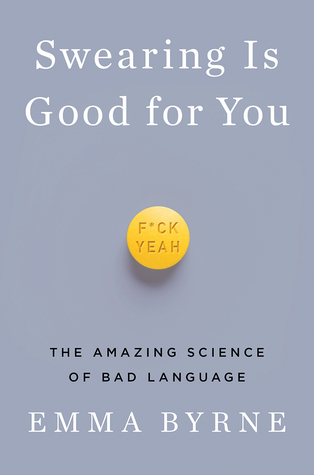 Swearing Is Good for You

The Amazing Science of Bad Language

We’re often told that swearing is outrageous or even offensive, that it’s a sign of a stunted vocabulary or a limited intellect. Dictionaries have traditionally omitted it and parents forbid it. But the latest research by neuroscientists, psychologists, sociologists, and others has revealed that swear words, curses, and oaths―when used judiciously―can have surprising benefits.

In this sparkling debut work of popular science, Emma Byrne examines the latest research to show how swearing can be good for you. With humor and colorful language, she explores every angle of swearing―why we do it, how we do it, and what it tells us about ourselves. Not only has some form of swearing existed since the earliest humans began to communicate, but it has been shown to reduce physical pain, to lower anxiety, to prevent physical violence, to help trauma victims recover language, and to promote human cooperation. Taking readers on a whirlwind tour through scientific experiments, historical case studies, and cutting-edge research on language in both humans and other primates, Byrne defends cursing and demonstrates how much it can reveal about different cultures, their taboos and their values.

Packed with the results of unlikely and often hilarious scientific studies―from the “ice-bucket test” for coping with pain, to the connection between Tourette’s and swearing, to a chimpanzee that curses at her handler in sign language―Swearing Is Good for You presents a lighthearted but convincing case for the foulmouthed.