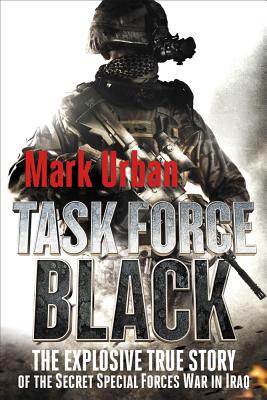 When American and British forces invaded Iraq in March 2003, select teams of special forces and intelligence operatives got to work looking for the WMD their governments had promised were there. They quickly realized no such weapons existed. Instead they faced an insurgency—a soaring spiral of extremism and violence that was almost impossible to understand, let alone reverse.

Facing defeat, the Coalition waged a hidden war within a war. Major-General Stan McChrystal devised a campaign fusing special forces, aircraft, and the latest surveillance technology with the aim of taking down the enemy faster than it could regenerate. Guided by intelligence, British and American special forces conducted a relentless onslaught, night after night targeting al-Qaeda and other insurgent groups.

Task Force Black reveals not only the intensity of the secret fight that turned the tide in Baghdad but the rivalries and personal battles that had to be overcome along the way. Incisive, dramatic, exceptionally revealing, the war in Iraq cannot be understood without this book.