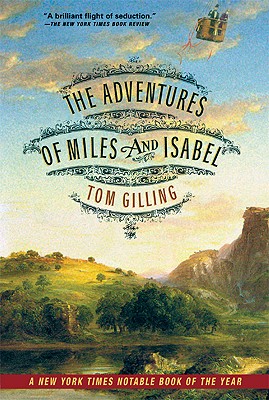 The Adventures of Miles and Isabel

Selected by The New York Times as a Notable Book of the Year, Tom Gilling’s novel opens in a crowded playhouse in 1856 Sydney, Australia, where two spectacular lives are about to start. During her scandalous turn as Hamlet, a heavily pregnant (and unmarried) actress unexpectedly goes into labor onstage, shocking the audience. Indeed, one patrician spectator , who is also with child , is so moved that she too goes into labor. The babies born that night are Miles and Isabel, two dreamers destined to defy convention , and gravity. The Adventures of Miles and Isabel is a delightful novel set in rough-and-tumble, turn-of-the-century Sydney. A best-seller in Australia, it follows the strangely converging lives of these two young daredevils. United by a dream of flight , and true love , the couple attempts to rise above the obstacles of class and physics that stand in their way.

Prev: The Adventure Zone: Petals to the Metal
Next: The Adversary