“Those who loved Food, Inc. will delight in Brooklyn blogger Cathy Erway''s new book The Art of Eating In-a yearlong account of getting familiar with her stove.”

— Daily Candy on The Art of Eating In: How I Learned to Stop Spending and Love the Stove 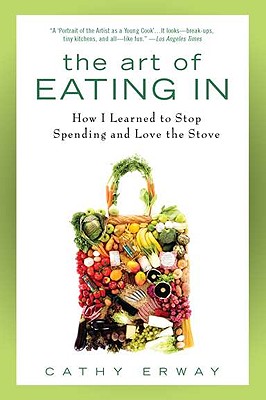 The Art of Eating In: How I Learned to Stop Spending and Love the Stove

Named one of Publishers Weekly’s most exciting cookbook deals, Cathy Erway’s timely memoir of quitting restaurants cold turkey speaks to a new era of conscientious eating. An underpaid, twentysomething executive assistant in New York City, she was struggling to make ends meet when she decided to embark on a Walden-esque retreat from the high-priced eateries that drained her wallet. The Art of Eating In reports on the delectable results of her twenty-four-month experiment, with thirty original recipes included.

What began as a way to save money left Erway with a new appreciation for the simple pleasure of sharing a meal with friends at home, a trove of original recipes, and a greater awareness of take-out food waste and whether her ingredients were ethically grown. She also explored the antirestaurant underground of supper clubs and cook-offs, and immersed herself in an array of alternative eating lifestyles from freeganism to picking tasty greens in the park. The Art of Eating In is a personal journey that transforms the reader as it transformed the writer, about the joy of getting back in the kitchen and turning something seemingly ordinary into something completely extraordinary.