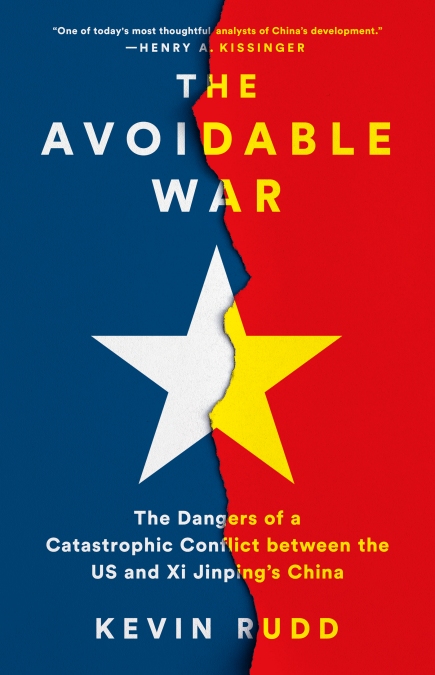 From a veteran diplomat and prime minster at the heart of the Western alliance, and a deeply knowledgeable China watcher, a way forward for the US and China to avoid a superpower conflict, and a chilling vision of what that might look like if it was

The Avoidable War confronts the growing sense that the US-China relationship is beginning to hurtle out of control. Nationalists have gained ground in the politics of both capitals. So-called “realists” are in control of their respective national security policy agendas. “Liberal internationalists”, let alone “multilateralists”, are written off. And the United States has now formally concluded that forty years of “strategic engagement” between China and the United States has now come to an end, and ended in failure, and that we have now entered into a new era of “strategic competition”. There are no rules on this new road. A broad economic, cyber and high technology war, and perhaps a broader economic decoupling, is likely to become a continuing reality. As is the widening gulf in the foreign policy, national security policy and international economic policy perceptions and practice of both. We are not yet at crisis point. But we seem to be headed relentlessly in that direction.


The purpose of this book is to challenge those politicians, strategists and generals on both sides as they happily embark on the slippery slope of decoupling, containment, confrontation, conflict and Cold War. Even the unthinkable: war itself.

Prev: The Astronomer
Next: The Babymaker