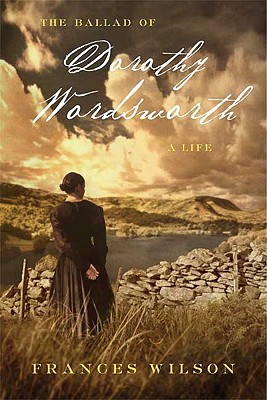 The Ballad of Dorothy Wordsworth

Described by the writer and opium addict Thomas De Quincey as “the very wildest . . . person I have ever known,” DorothyWordsworth was neither the self-effacing spinster nor the sacrificial saint of common telling. A brilliant stylist in her own right, Dorothy was at the center of the Romantic movement of the early nineteenth century. She was her brother William Wordsworth’s inspiration, aide, and most valued reader, and a friend to Coleridge; both borrowed from her observations of the world for their own poems.William wrote of her, “She gave me eyes, she gave me ears.”

In order to remain at her brother’s side, Dorothy sacrificed both marriage and comfort, jealously guarding their close-knit domesticity—one marked by a startling freedom from social convention. In the famed Grasmere Journals, Dorothy kept a record of this idyllic life together. The tale that unfolds through her brief, electric entries reveals an intense bond between brother and sister, culminating in Dorothy’s dramatic collapse on the day of William’s wedding to their childhood friend Mary Hutchinson. Dorothy lived out the rest of her years with her brother and Mary. The woman who strode the hills in all hours and all weathers would eventually retreat into the house for the last three decades of her life.

In this succinct, arresting biography, Frances Wilson reveals Dorothy in all her complexity. From the coiled tension of Dorothy’s journals, she unleashes the rich emotional life of a woman determined to live on her own terms, and honors her impact on the key figures of Romanticism.

Prev: The Babymaker
Next: The Battle of Hackham Heath