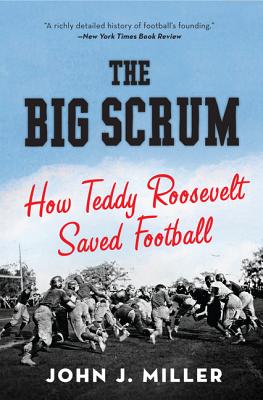 Football’s first golden age was characterized by incredible violence and life-threatening danger, and the new sport’s popularity grew even as the casualties rose. After dozens of players were killed in brutal incidents that rattled the national consciousness, a proto-progressive movement attempted to abolish the game.

At that critical moment, President Roosevelt, an outspoken advocate of “the strenuous life” and a longtime fan of the game, fought to preserve football’s rugged essence. In 1905, Roosevelt summoned key football coaches to the White House for a historic meeting. The result was the establishment of the NCAA and a series of rule changes, including the advent of the forward pass, which not only saved the sport but transformed football into what it is today: the quintessential American game.

Prev: The Big Lie
Next: The Big Splash