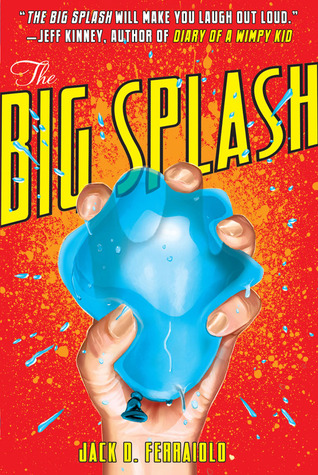 The treacherous, hormone-soaked hallways of Franklin Middle School are the setting for this sharp, funny noir novel about tough guys and even tougher girls. “The Frank” is in the clutches of a crime syndicate run by seventh-grader Vinny “Mr. Biggs” Biggio, who deals in forged hall passes and black-market candy. Double-cross him and your number is punched by one of his deadly water-gun-toting assassins. One hit in the pants and you are in “the Outs” forever. Matt Stevens is a proud loner with his own code of justice. He’s avoided being pulled into Vinny’s organization until now: Mr. Biggs has offered him a job he can’t resist, one that leads to the surprising downfall of Vinny’s top assassin, the beautiful and deadly Nikki “Fingers” Finnegan, at the hands of an unknown assailant. Matt thinks he was used, and he becomes determined to find the trigger-guy or -girl, even if it means bringing down one of his oldest friends.

Prev: The Big Scrum: How Teddy Roosevelt Saved Football
Next: The Big Wave