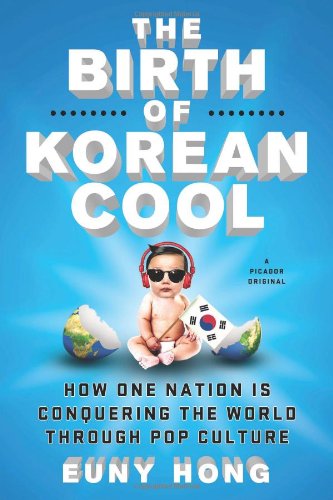 The Birth of Korean Cool

How One Nation Is Conquering the World Through Pop Culture

A FRESH, FUNNY, UP-CLOSE LOOK AT HOW SOUTH KOREA REMADE ITSELF AS THE WORLD’S POP CULTURE POWERHOUSE OF THE TWENTY-FIRST CENTURY

By now, everyone in the world knows the song “Gangnam Style” and Psy, an instantly recognizable star. But the song’s international popularity is no passing fad. “Gangnam Style” is only one tool in South Korea’s extraordinarily elaborate and effective strategy to become a major world superpower by first becoming the world’s number one pop culture exporter.

As a child, Euny Hong moved from America to the Gangnam neighbourhood in Seoul. She was a witness to the most accelerated part of South Korea’s economic development, during which time it leapfrogged from third-world military dictatorship to first-world liberal democracy on the cutting edge of global technology.

Euny Hong recounts how South Korea vaulted itself into the twenty-first century, becoming a global leader in business, technology, education, and pop culture. Featuring lively, in-depth reporting and numerous interviews with Koreans working in all areas of government and society, The Birth of Korean Coolreveals how a really uncool country became cool, and how a nation that once banned miniskirts, long hair on men, and rock ‘n’ roll could come to mass produce boy bands, soap operas, and the world’s most important smart phone.

Prev: The Bird Skinner
Next: The Birth of Sydney