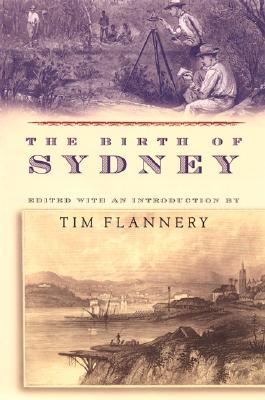 The Birth of Sydney

The story of the founding and rise to prominence of one of the world’s greatest cities—Sydney, Australia, site of the 2000 Summer Olympic Games. Blending together the writings of early Australian settlers, leaders, journalists, and explorers, in The Birth of Sydney editor Tim Flannery constructs a compelling narrative history of the early life of one of the world’s most fascinating metropolises. From the majestic harbor city’s infancy as a remote penal colony of the British Empire in 1788 to its emergence as a vital trading power in the nineteenth century, the book tells the stories of the people who made its history. In their own words and the words of their contemporaries, The Birth of Sydney brings to life the colorful personalities that built the city, from Bennelong, the Aborigine who befriended the early English settlers and eventually traveled to the court of King George III, to Nat Gould, an immigrant who turned his observations of life in colonial Australia into a series of best-selling books in his native England. It also includes observations by early visitors including Captain Cook, Charles Darwin, and Mark Twain.

Prev: The Birth of Korean Cool
Next: The Black Russian