“On my pull list by the time I got to page five.” 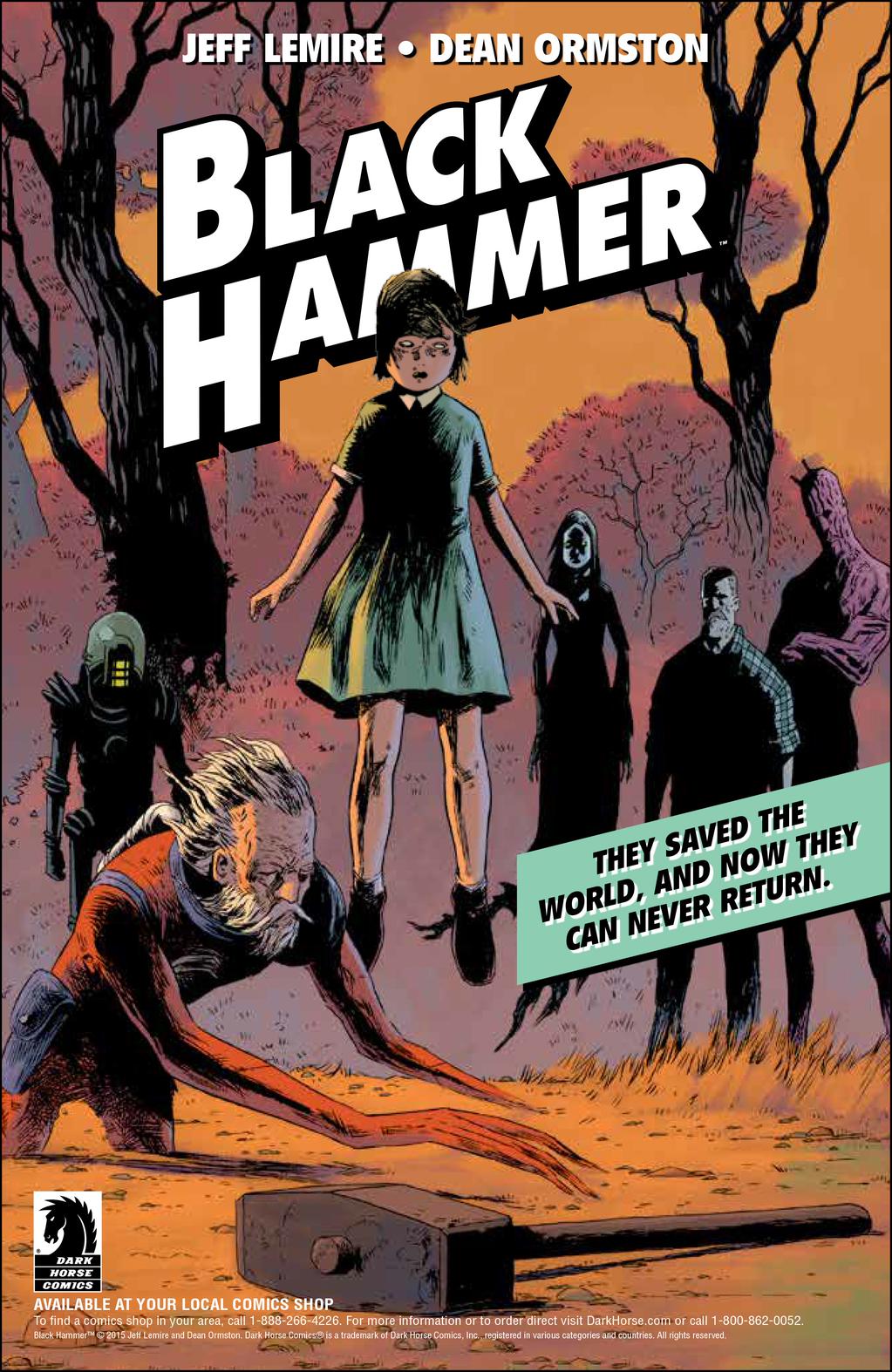 BLACK HAMMER follows a group of oddball superheroes who have been “wiped out of continuity” after an earth shaking cataclysmic “event” and wake on a farm in a mysterious small town.

They have no idea where they are or how to get back home. All they know is they can’t leave the borders of the seemingly idyllic small town.

The book follows the strange cast of characters as they work to assimilate themselves into quiet small town life, living as a bizarre surrogate family on the farm, all the while try to uncover the many mysteries of the farm, where they really are and how to get back home.

BLACK HAMMER will be a monthly ongoing series launching in June 2015 from Dark Horse Comics!