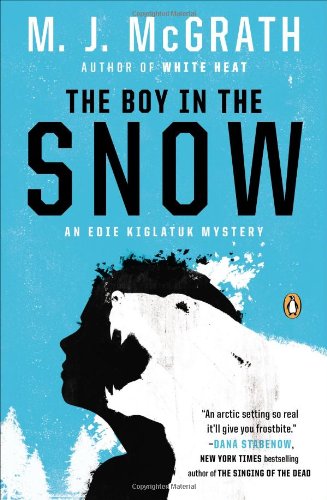 The Boy in the Snow

In M. J. McGrath’s compelling follow-up to White Heat, Edie Kiglatuk, the half-Inuit and half-outsider heroine, prepares to help her ex-husband, Sammy, in his bid to win Alaska’s world-famous Iditarod. But the race turns grim when she stumbles upon body of an infant—its tiny corpse covered in mysterious ceremonial markings—on land belonging to the Old Believers, an exiled Russian Orthodox sect.

Meanwhile, it’s election time and the lead candidate for governor of Alaska, Anchorage mayor Chuck Hillingberg, desperately wants to keep Edie’s discovery out of the press. As Sammy mushes his team across frozen wilderness, Edie begins an investigation that leads into a murky world of corrupt politics, religious intolerance, greed, and sex trafficking. But just as she begins to get some answers, Edie finds herself threatened by a painful secret from her past.

Prev: The Born Frees
Next: The Boyfriend Thief